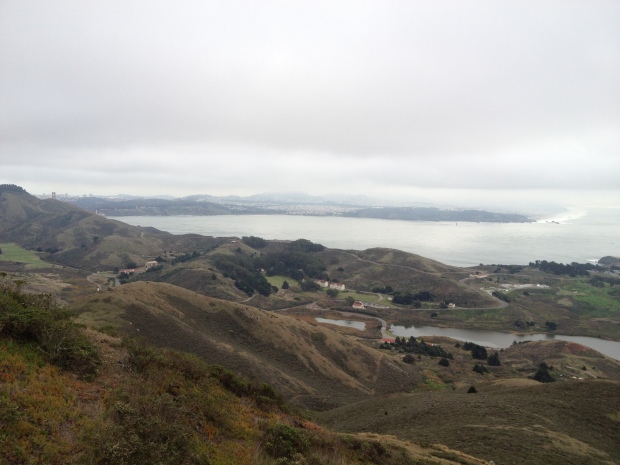 There’s a fantastic hike/bike route in the Marin Headlands up from Fort Cronkite/Rodeo Beach to the top of “Hill 88” – a radar installation for control of the Nike Missile installation down below at Fort Cronkite from the Cold War national defense system that’s been abandoned for years. The hike is at times pretty easy and at others more strenuous, with several stretches of steep stairs or loose, rocky gravel and dirt.

There are two ways up to the top of Hill 88, one which includes two other peaks and a hike along the ridge line connecting the three peaks. The other (more heavily traveled) sticks more to the old road (where it isn’t collapsed due to some pretty impressive landslides) and is a 1.7 mile hike up from the trailhead. I’d guess that adding the other two peaks and ridge trail adds about another quarter mile, plus some additional vertical climbing. 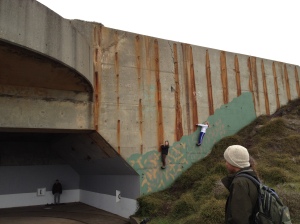 The views are spectacular pretty much all along the route, and include seeing Tennessee Valley, Mill Valley & Tiburon to the north, the Pacific to the west, San Francisco from the Presidio west, and peaks of the Bay and East Bay hills to the east. Also along the climb up you pass the Battery Townsley, with a huge concrete wall covered with a grid of exposed re-bar, which some kids were using to great effect as a climbing wall .

I’ve got some videos too, with the surf, the foghorns and birds in the background. I highly recommend the hike (or bike ride)!